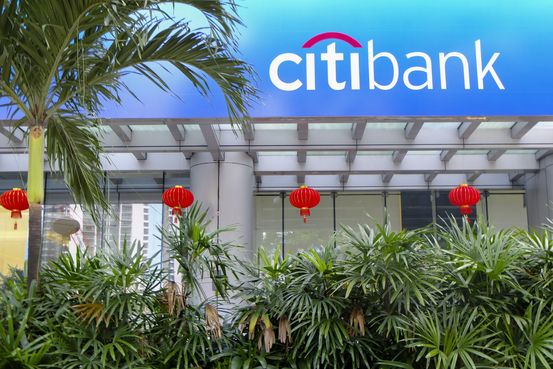 agreed to sell its consumer-banking franchises in Indonesia, Malaysia, Thailand and Vietnam to

, advancing its strategy to exit most of its retail operations in Asia and free up resources to deploy in wealth management.

The New York-based bank on Thursday said the deal includes retail-banking and credit-card businesses. Singapore-headquartered UOB will pay Citigroup for the net assets of the businesses to be acquired, plus a premium of $690 million, Citigroup said.

UOB said the net assets were valued at about 4 billion Singapore dollars, the equivalent of $3 billion, as of June 2021, and it will acquire about 2.4 million customers. The final sale price could vary because of changes to the businesses’ net assets.

Through this transaction, Citigroup said it would sharpen its focus on areas including its institutional network in the Asia-Pacific region. Citigroup in December agreed to sell its consumer-banking business in the Philippines to a local lender, and earlier reached a similar deal in Australia. It has opted to wind down its operations in South Korea.

“The sale of these four consumer markets, along with our previously announced transactions, demonstrate our sense of urgency to execute our strategic refresh,” Citigroup finance chief Mark Mason said.

Peter Babej, the bank’s Asia-Pacific chief executive, said in an internal memo to staff that UOB was picked due to its strong culture and regional ambitions. He said the deal followed “an extensive auction process,” according to the memo, which was seen by The Wall Street Journal.

The third-largest U.S. bank by assets, Citigroup has long been the only American company with a sizable retail-banking network across the Asia-Pacific region, in addition to a full-fledged institutional business that ranges from investment banking and corporate lending to cash management and trade finance.

The bank said in April last year that it would exit retail operations in 13 markets, 10 of them in the Asia-Pacific region, to focus resources on its wealth-management and institutional clients business. It expects these divestitures to release about $7 billion of allocated tangible common equity over time, Citigroup said Thursday.

In addition, Citigroup is in talks to sell its consumer franchises in six remaining markets: Taiwan, India, mainland China, Poland, Russia and Bahrain.

In all markets where Citigroup is selling retail franchises, it is retaining consumer-banking licenses, which are also needed for running its local institutional businesses, according to a person familiar with the matter. That means bidders need to have existing licenses to take on these operations, effectively ruling out new entrants to a market.

Earlier this week, Citigroup said it would exit consumer, small-business and middle-market banking in Mexico.

Citigroup said it expects the latest Southeast Asian divestitures to depend on obtaining regulatory approvals in each country. The bank expects about 5,000 staff to transfer to UOB, and the deal to close between mid-2022 and early 2024.

Write to Dave Sebastian at dave.sebastian@wsj.com and Jing Yang at Jing.Yang@wsj.com

Appeared in the January 14, 2022, print edition as ‘Citi Steps Up Exit From Asia Consumers.’