Credit Suisse Chairman to Leave Bank Amid Board Probe 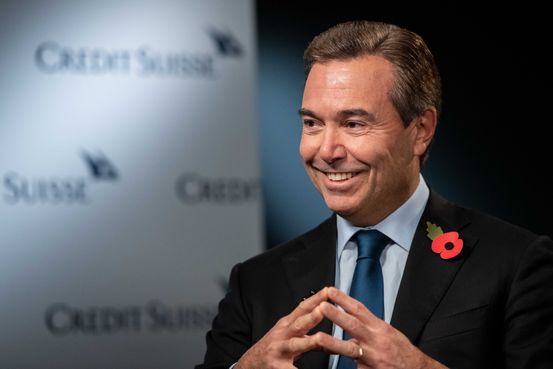 is leaving the global bank following a board investigation into his travel and personal conduct, according to people familiar with the bank.

Credit Suisse said late Sunday that Mr. Horta-Osório had resigned following an investigation commissioned by the board. The people said the investigation examined his conduct, including travel that breached Covid-related government rules and his personal use of corporate aircraft. He joined the Credit Suisse board less than a year ago.

was appointed to take over the chairman role, effective immediately. Mr. Lehmann, a former executive at UBS Group AG, joined the Credit Suisse board in late 2021 and is chair of its risk committee.

Spokespeople for Credit Suisse didn’t respond to requests for comment. Mr. Horta-Osório couldn’t be reached late Sunday, and a lawyer for him didn’t respond.

“I regret that a number of my personal actions have led to difficulties for the bank and compromised my ability to represent the bank internally and externally,” Mr. Horta-Osório said in a Credit Suisse news release. “I therefore believe that my resignation is in the interest of the bank and its stakeholders at this crucial time.”

Mr. Horta-Osório’s departure hits Credit Suisse at a vulnerable time. He was appointed to help clean up the Swiss bank’s problems. Credit Suisse is still digging out of turmoil after it lost $5.5 billion from the implosion of hedge fund Archegos Capital Management and entangled itself with the now-insolvent finance firm Greensill Capital.

Mr. Horta-Osório got caught up in his own troubles in recent weeks, breaking quarantine rules by flying from London to Zurich on Nov. 28. The trip came a day after Switzerland imposed a 10-day quarantine on arrivals from the U.K. and several other countries because of the Omicron surge. He said at the time that the breach was unintentional and that it was reported to health authorities and Swiss financial regulator Finma. He apologized and said it wouldn’t happen again.

After the quarantine breach, Credit Suisse said compliance with laws and guidelines was a priority for the bank and the chairman. A Finma spokesman said at the time it was in touch with Credit Suisse on the matter.

Reuters reported in December that the bank was investigating Mr. Horta-Osório’s travel and that he attended the Wimbledon tennis finals in the U.K. in July, when the country’s Covid-19 rules required him to be in quarantine. Swiss press separately reported the chairman used corporate aircraft in the fall to travel for a vacation in the Maldives. At the time, Credit Suisse said it had rules around private-jet use for the chairman and other executives.

PLC, where he was CEO for a decade. At Credit Suisse, he had said he would re-evaluate the bank’s risk taking; review its culture, pay and incentives; and focus on personal responsibility and accountability of staff.

“We need to foster a culture that reinforces the importance of risk management,” Mr. Horta-Osório said of Credit Suisse soon after becoming chairman in April 2021.

Credit Suisse will officially propose Mr. Lehmann as chairman at its shareholder meeting on April 29. “We have set the right course with the new strategy and will continue to embed a stronger risk culture across the firm,” Mr. Lehmann said in the news release.

Write to Emily Glazer at emily.glazer@wsj.com and Margot Patrick at margot.patrick@wsj.com