In the Race for Batteries, One Scientist Has Seen It All 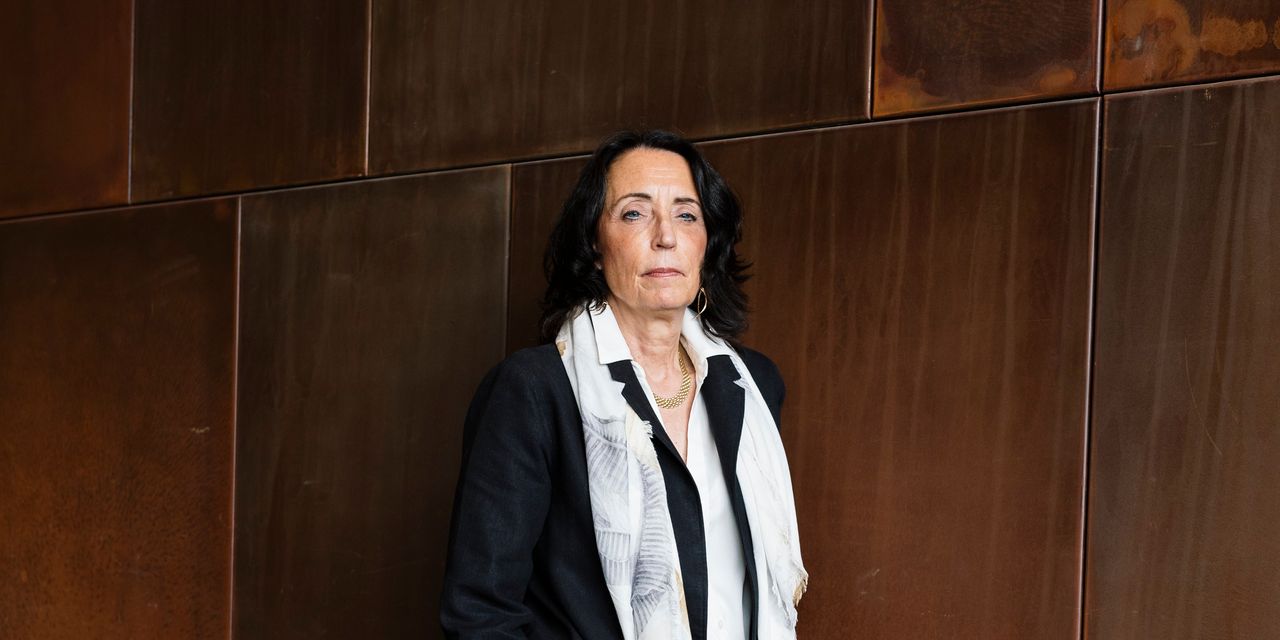 Much of the technology behind the batteries that power electric vehicles and smartphones came from the U.S. Most batteries are made by Asian companies using materials produced in China.

is trying to put the U.S. in front again on batteries. She has been among the leading U.S. battery scientists for more than 20 years and believes cutting-edge science will make that happen.

“Everyone knows what the stakes are,” Ms. Babinec said. As batteries become more sophisticated, “we’re playing to the United States’ strength. We are bad-ass scientists.”

Ms. Babinec has played key roles in the rise, fall and rise again of the U.S. battery industry. Currently a leader of battery research and development at Argonne National Laboratory outside Chicago, Ms. Babinec holds more than 50 patents. She has done stints with the federal government, the most famous failed battery startup and chemical giant

The transition away from fossil fuels has sparked a global arms race to improve battery technology. Better batteries would extend the range and quicken the charging of electric cars. They would allow solar and wind power to run the electric grid even after the wind stops and the sun sets.

The U.S. has fallen far behind in batteries. China accounts for 79% of the production of lithium-ion cells, compared with 7% in the U.S. and 7% in Europe, according to Wood Mackenzie. China produces about 80% of the chemicals used in lithium-ion batteries, according to Benchmark Mineral Intelligence, which tracks the battery supply chain.

The Biden administration and private investors are trying to reverse that. They are funding battery startups, developing lithium mines in the U.S. and aiming to cut the cost of batteries for the electric grid by 90% within the decade.

Ms. Babinec’s first close encounter with electricity occurred when she stuck a scissors in a light socket when she was a child. She was briefly knocked unconscious and awoke on the other side of the room. She blacked out her house but was uninjured.

She joined Dow Chemical in 1979 after earning a degree in chemistry at the University of Wisconsin and became the chemical giant’s first female corporate fellow, the highest level scientist at the company, in 1998. She also worked for Dow’s venture capital group, where she gained experience developing new businesses.

Dow management asked her to put together a strategy in energy. She quickly landed on batteries, which she thought was a good fit for a big chemicals and materials producer. “I saw that it was going to be a huge materials play, and Dow was a materials company,” she said.

Demand was rising from laptops and cellphones. Soon after, researchers at Argonne applied for a patent for what would become one of the dominant types of lithium ion-batteries. Money began flowing to battery startups.

Ms. Babinec wanted Dow to acquire an alternative-energy company called T/J Technologies that specialized in nanomaterials. Dow passed on the deal and a hot battery startup named A123 Systems snapped it up.

Frustrated with the slow pace of change at Dow, she joined A123 in 2007. Working at the company’s Ann Arbor, Mich., research facility, Ms. Babinec reveled in the freewheeling culture of a startup. Her second day on the job, a pipe broke and she helped fix it. “If I was at Dow, I would have to call the union and it would have taken weeks to fix,” she said.

““We’re playing to the United States’ strength. We are bad-ass scientists.””

A123 suffered a string of setbacks. Electric vehicles failed to take off in the U.S. despite the rise of

and battery technology advanced more slowly than expected. A defect was found in one of the company’s batteries, leading to a recall and millions of dollars in losses. Ms. Babinec’s group figured out what the problem was. “I’ll never forget that day,” she said.

The company declared bankruptcy in 2012, and Ms. Babinec was briefly out of a job. It marked the beginning of a yearslong drought in funding for clean-energy projects in the U.S. The high-profile collapse of solar startup Solyndra in 2011 and dirt-cheap natural-gas prices that undercut the urgency to transition away from fossil fuels drained investor enthusiasm for clean energy. The Chinese government, meanwhile, pushed into batteries and the materials that go into them, such as cobalt and lithium.

Among the battery companies Ms. Babinec helped fund were: Natron Energy, which is developing a rechargeable battery that uses abundant sodium instead of lithium, which is harder to get; Sila Nanotechnologies Inc., a Silicon Valley startup that raised $590 million in new funding in January 2021; and Ion Storage Systems, a developer of so-called solid-state batteries that can last longer than today’s standard technology.

Ms. Babinec’s business background proved valuable to scientists with little experience outside of the lab. Eric Wachsman, a chemistry professor at the University of Maryland and founder of Ion Storage Systems, said that when he performed an experiment on his battery materials, she made him do it two more times with increasing precision before she was satisfied. “She’s a taskmaster,” he said.

Ion Storage plans to produce more than one million cellphone-size batteries annually from its Maryland facility beginning in 2023. The company has a contract to develop batteries for the U.S. Army and foresees producing an electric-vehicle battery in several years.

Ms. Babinec left ARPA-E in 2018 and joined Argonne, taking the lead of its stationary energy storage program, including a focus on long-duration batteries. Argonne is a descendant of the Chicago lab where Enrico Fermi worked on nuclear reactions for the Manhattan Project.

Long-duration batteries, often massive in scale, capture the intermittent power generated by windmills and solar. They can distribute energy over extended periods of time, such as several days, as customers need it. Lithium-ion batteries, by contrast, can only discharge for four or five hours. Much of the technology remains expensive and unproven on a large scale, but an electric grid powered by renewable energy is impossible without it.

Do you think the U.S. can overtake China as the world’s leader in batteries? Why or Why not? Join the conversation below.

A secret weapon for researchers at Argonne is the Advanced Photon Source, a massive high-energy X-ray device that gives scientists the ability to peer inside batteries as they operate. The device can help discover new chemical combinations to maximize battery performance. An upgrade currently under way that will be completed in the next few years will make it 500 times brighter, Argonne scientists said.

Thinking back to the failure of A123, Ms. Babinec said the process had to be perfect. Otherwise, she said, “You can destroy a company.”

Write to Scott Patterson at scott.patterson@wsj.com