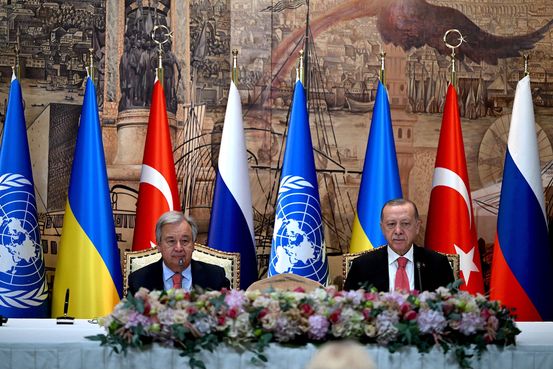 ISTANBUL—Russia and Ukraine agreed Friday to resume exports of millions of tons of Ukrainian grain via the Black Sea for the first time since the Russian invasion, a deal aimed at freeing up vital supplies amid fears of a global food crisis.

The deal is the product of months of diplomacy led by the United Nations and Turkey, both of which are signatories to a pair of parallel agreements with Russia and Ukraine. It raises hopes that grain stocks could soon be shipped out from Ukrainian ports, after the war caused a worldwide surge in the cost of food, pushing tens of millions of people closer to starvation.